Is this the end of cheap car insurance for women?

A test case conducted in the European Union Court of Justice could prove to be the beginning of the end of cheaper motor insurance policies for women. 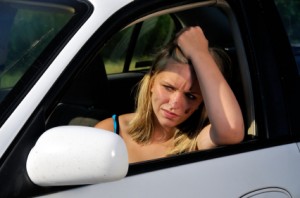 Most women have heard the sexist jokes and comments about being a female driver. Of course the irony is that despite the general male consensus, statistically women are better drivers. In 2002 the Home Office produced a study that showed that in 88% of driving offences and 83% of speed-related misdemeanours the offenders is male.

This dramatic trend has meant that insurers have been happy to give cheaper premiums to women.  But is this positive discrimination fair in a society where we hold equality as one of our ideals?

Should cover for women be cheaper?

In 2004, an EU directive was announced that legally prevented companies providing goods and services discriminating against people of any gender. However, the directive contains a clause that gives companies the right to consider sex as a risk factor when setting insurance premiums – so long as the relevant data is available.

This positive discrimination was recently called into question in a Belgian court case that was then passed on to the EU Court of Justice. The senior court legal adviser Juliane Kokott (whose official title is ‘The Advocate General’) was asked to consider whether higher-laws that endorse equal treatment of both sexes, should override the 2004 directive.

At the end of September, Kokott concluded that it was legally inappropriate to link insurance risks to an individual’s sex. She pointed out that not only was it against EU ideals, it was also unfair to base the cost of an insurance premium on a characteristic they are unable to change.

Although her decision is not legally binding, the case is now awaiting a legal judgement from the Judges of the Court. The Financial Times reported that in 70% of cases the judgement follows the position of the legal advisor. Sadly, Kokott’s conclusion may spell the end of the UK’s female-orientated car insurers like Diamond, Sheila’s Wheels and Ladyinsure (many of whom also offer contents cover for handbags).

Of course Kokott acknowledged that it will take some time to implement such changes in law, and has suggested that there should be a three-year transitional period for the industry.

Car insurance is a necessity for all road-users and whether you’re male or female, it’s important to make sure you’re covered.

Customer care is at the heart of everything we do and we have a dedicated customer service team on hand by phone, email, twitter and instant chat. For more information speak to one of our experts on 0203 014 9300 or email ask@policyexpert.co.uk