The thought of driverless cars might scare you silly, but what if you were told owning one could save you thousands of pounds in car insurance? Might that change your mind? 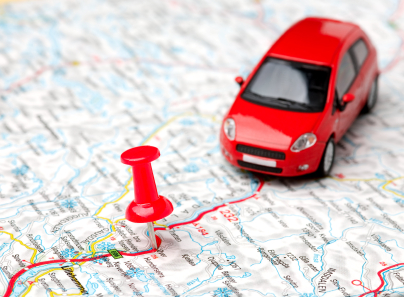 The technology behind cars which need no human input to drive is advancing so rapidly that it’s expected to reduce the number of accidents caused by bad driving enormously over the next five years and beyond.

The vehicles being developed will be able to park and drive without needing hands or feet to touch the controls, and will make driving incredibly safe compared to now.

Currently, according to figures provided by The Daily Telegraph newspaper, 90% of all road accidents involve human error. But the new technology is thought capable of getting rid of such accidents completely.

This could mean that within just five years, due to the reduction in risk motor insurers face, the premiums drivers pay could halve.

John Leech, Head of Auto at the consultancy KPMG, told The Telegraph that “Insurance premiums could halve once vehicles which communicate with each other and an ‘autopilot mode’ when driving on the motorway are developed – this is likely to happen by approximately 2020”.

The majority of car claims involve incidents which the insurance industry views as ‘avoidable accidents’, and these have largely helped to keep the cost of cover up.

But car manufacturers claim that the new driverless cars will all but eliminate such accidents. The first truly driverless cars are currently being tested and should be on British roads in just 3 years, by 2018.

Cars which ‘talk’ to each other

The cars will be able to ‘talk’ to each other to help avoid collisions with sensors detecting moving or stationary objects and obstacles far quicker than a human could, lowering the risk of incident.

Leading the race to make and sell such cars are Volvo, Mercedes and the new hi-tech car manufacturer Tesla.

Accident ‘responsibility’ could pass to manufacturers

The Telegraph points out that another main reason the cost of car insurance could drop hugely is that any responsibility for injuring a third party or damaging a vehicle may pass from drivers to the manufacturers as it becomes a matter of ‘product liability’, and not insurance.

For ‘early adopters’, the price of car cover could drop even sooner than some experts think.

One-in-three new cars now have emergency auto-braking systems to help prevent crashes, and insurers already offer discounts of up to 10% on the cost of cover on such vehicles.

It’s thought that the insurance industry will soon take this into account to an even greater extent as the technology develops and helps rapidly reduce the chance of accidents, serious injury or death on UK roads.

The customer service team at Policy Expert is always on hand to help – either online or over the phone. Whether you want assistance in finding the right policy or even handling a claim, we make sure it’s all handled by experts. For more information on what‘s covered under your policy speak to one of our experts on 0330 0600 600 or email ask@policyexpert.co.uk