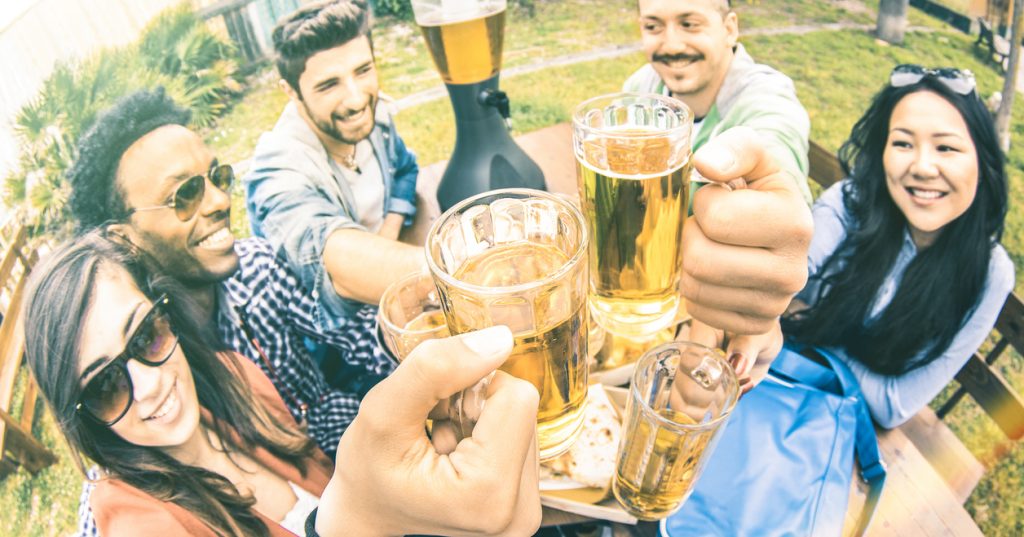 In the summer it’s all too easy to linger in the pub beer garden longer than you should, have one too many and end up driving home over the legal limit, even if it’s just by a bit.

Crucially, drinking alcohol, even just a small amount, increases the time it takes to take to hit the brakes and slow a car down, making it far more likely a driver will injure or kill someone while driving.

Drink-drive deaths on the rise

Sadly, recent Government figures show that the number of drink-drive related deaths is at the highest level since 2009, hitting a ‘central estimate’ figure of 290.

The Department for Transport estimates that, in total, 8,660 people were injured or killed in drink-driving incidents in 2017, the most recent year for which figures are available.

And research from insurer Direct Line also reveals that in the over-55 age group, which recently showed the biggest rise in drug and alcohol misuse of all age categories, more than 1.6 million know they have driven while being over the limit.

Many say it was because the trip was only a short distance, or that older people are better drivers and therefore it’s not that dangerous. Some said they thought having a meal while drinking would make it safer too.

Huge financial and insurance risk too

Obviously, the safety and moral issue is the most important, but drivers would also be hit hard in the pocket if caught. Not only can fines run into thousands and you could even face jail if involved in a crash, but your insurance would also rocket too, once you got your licence back that is, possibly years later.

Insurers, for obvious reasons, take a very dim view of those with drink-driving records. The cost of cover can rise by thousands a year, and some drivers, depending on the severity of their offence, might struggle to find cover at all.

The truth is that it’s been proven there’s no safe limit to drink and drive, and it’s better not to do so at all.

However, by law in England and Wales you’re allowed to have 80 milligrammes of alcohol per 100 millilitres of blood in your system when tested, whilst in Scotland only 50 milligrammes is permitted.

For many people this is somewhat understandably confusing as they don’t relate to what this means in terms of actual number of drinks.

Difficult to define ‘how many’ drinks

The problem is there are a huge number of factors at play which means there’s no one clear answer. One medium-sized glass of wine usually contains considerably more alcohol than a half of beer, for example, but you also get ultra-strong beers as well as much weaker, or stronger wines.

Your blood-to-alcohol reading after drinking also depends on your age, weight and state of health, along with other physical factors.

In the past, it was said drinking a pint and a half of beer would mean you would be around the legal limit, but given the above, that’s too vague to be meaningful.

In short, the only way to know that you’re under the legal limit is not to drink any alcohol before getting behind the wheel. Not only will your conscience be clear, but you won’t risk the increase in costs that a drink driving conviction could bring.

Policy Expert is an insurance provider and broker, dedicated to helping customers find the insurance policy that’s right for them. Our customers are at the heart of everything we do, and we’re driven by a desire to help you find not only the best value insurance, but the right insurance for your individual needs. For more information, you can call our experts on 0330 0600 600 or visit www.policyexpert.co.uk/contact for more ways to reach us.