Could you afford a rise in interest rates?

Ask yourself this question: If there was a rise in the interest rate you pay on your mortgage by just a couple of percent, are you sure you could afford it? 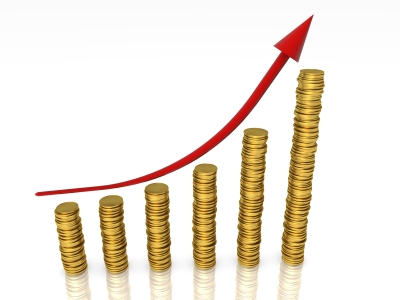 Once you take into account all the other costs of running a home, such as home insurance, council tax, water rates and heating bills, the answer might be a resounding ‘No’.

Since the Bank of England slashed interest rates to 0.5% back in 2008, homeowners throughout the country have got used to the lowest repayment rates on mortgages ever seen.

The fear is that once rates start to rise (and they will, eventually), many will find it a real financial shock and over-stretched borrowers could then struggle to make their mortgage payments.

Interest rates on mortgages have already begun to creep up in anticipation of the Bank raising the base rate, but they are still at historically extremely low levels.

The average long term interest rate set by the Bank of England is closer to 5% than the current 0.5%, a full 4.5% higher.

Mortgage rates generally reflect how high the central bank sets interest rates, and a 4.5% increase on a  mortgage of, say, £200,000 equates to a whopping £750 extra a month.

However, most experts don’t think rates will rise to ‘normal’ levels that quickly and in fact it could be years before they do. But even a more modest increase of around 2% over the next few years would still mean those with a £200,000 mortgage having to find an extra £333 each month.

Leading think tank the Resolution Foundation recently warned that by 2018 the number of households where more than half of all disposable income goes on debt repayments could treble, if rates rise faster than predicted.

That would place huge pressures on families around Britain, as well as having the knock on effect of reducing the amount they have to spend in the wider economy.

So for millions of homeowners, just about the most important financial issue in the coming months and years is when will the Bank of England start putting up interest rates.

When will interest rates rise?

The general consensus in the markets is that the Bank of England will finally start putting up rates in June of next year.

The good news for homeowners is that inflation is expected by many economists to remain low, so the chances are that rates won’t have to rise particularly quickly after that.

Dana Kiriakopoulos, a leading economist at the Centre for Economics and Business Research told the Daily Mail’s financial website Thisismoney.co.uk that “Despite its continued robust recovery, the UK economy remains far from overheating. To the contrary, inflation has been slowing continuously over the course of the year, and the Bank estimates that there is still significant spare capacity to overcome before a rate rise is considered appropriate.”

Kyriakopoulos does expect rates to rise though, concluding that he “expects interest rates to rise in early 2015, following robust economic growth of 3.0% this year.”

Over at the much-quoted economic independent researcher Capital Economics, which is said to have a good track record when it comes to making forecasts, economist Samuel Tombs believes inflation won’t be an issue and, even better for those with mortgages, rates won’t start to rise until the end of 2015.

He told the Daily Telegraph “We continue to think that CPI inflation should ease to as low as 1pc by the end of this year and will remain comfortably below the 2pc target in 2015. This would support the recovery in real consumer spending and strengthen the case for keeping official interest rates on hold until the second half of next year.”

The Confederation of British Industry (CBI) is more in line with Kyriakopoulos, telling the BBC “UK interest rates will rise to 0.75% from 0.5% in the first three months of 2015 as growth picks up, according to a prediction from the CBI.”

Whatever happens, rates will rise

While the timing of a rate rise isn’t certain, experts are nearly unanimous in believing it will happen.

A former economist of the Bank of England, Rob Wood, now at Berenberg Bank, told Thisismoney.co.uk that “Record low interest rates are increasingly unnecessary and difficult to justify.”

As to how far rates will rise in the short-to-medium term, it is of course hard to say and largely depends on if the economic recovery continues apace and if the economy then starts over-heating.

For now, however, it seems most experts are predicting only modest increases. A recent survey by the Treasury of City economists only found a few who thought rates would triple in the short term to 1.75%, 1.25% higher than currently.

Once again, assuming a mortgage of £200,000, a 1.25% rise in your repayment rate still means finding an extra £208 a month, which certainly wouldn’t be insignificant to most families.

Fail to plan, plan to fail

Essentially, forewarned is forearmed, so it would be best to start planning now to try and ensure you’ll be able to meet those increased payments.

Or, as some might argue, possibly fix your mortgage rate so that you’re protected from any rate increases in the near-to-medium term, if you can.

Cut the cost of household bills

It also means it’s even more essential to shop around for the best deals when it comes to other necessary household costs, such as insurance. The best way is to check online and contact a broker who can do the leg work for you, and possibly access deals which might not be available elsewhere.

For now, it’s a case of wait and see when rates will rise, and try and prepare for the increased burden of somewhat higher mortgage costs in the years to come.

If your home is your haven, you’ll want it to have the best protection. Compare quotes from our range of handpicked insurers and tailor a policy to suit you. For more information speak to one of our experts on 0203 014 9300 or email ask@policyexpert.co.uk