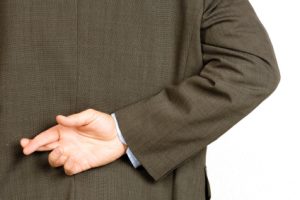 A recent news release from The Association of British Insurers claims that this year will see ‘insurers intensify their war on the insurance cheats to protect their honest customers.’

This commitment to fighting the insurance fraudsters comes after news that home insurance is the prime target for fraudulent claims – with around 170 cheating claimers caught out each day. Most commonly, the fraudulent claims are relating to accidental damage. For example, damage caused to home furnishings that has been done deliberately but been made to look like an accident.

Every day, insurers face around 335 bogus claims costing the region of £2.3million. Unfortunately, this dishonesty can mean that premium prices are pushed up across the board. This means that innocent policy holders are left vulnerable to insurance hikes as a result of these fraudulent claims.

What’s it worth it for cheats?

It may seem like an easy way to scam some extra cash, but insurance fraud can have serious repercussions. If you make a fraudulent claim to your insurance company – you could risk having a criminal record. You may also have great difficulty in finding insurance cover in the future.

The majority of insurance customers are honest, yet the average household will suffer an average of £44 extra on their insurance bill to subsidise the cost of fraud. This is why insurance providers a keen to crack down on the cheats.

The ABI has revealed some bizarre fraudulent claims over the years, highlighting the extreme lengths some people will go to in an effort to dupe their insurer. For example, one man took his car to Germany so he could participate in a race at the Nurburgring race track. After extensively damaging the car in the race, he shipped the vehicle back to the UK and left it at the side of the road – claiming the damage had happened in this country.

Another fraudster claimed his car had been stolen, when in fact he’d pushed it over a cliff! His aim was to use the insurance money to pay-off the hire-purchase repayments that were outstanding on the car.

We’re driven by a desire to help you find not only the best value cover but the right insurance for your individual needs. For more information speak to one of our experts on 0203 014 9300 or email ask@policyexpert.co.uk