Are insurance companies good for society?

Many people who buy home insurance never actually have to make a claim on a policy. They’re simply lucky enough to not suffer the types of things that can go wrong with a property and affect people’s possessions, whether that’s a fierce wind ripping off a roof or a handbag grabbed from a car. 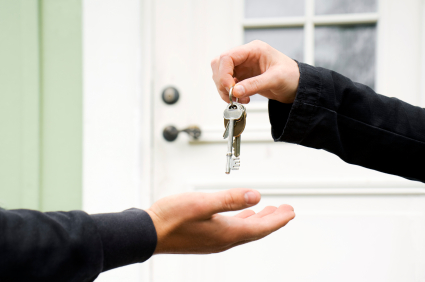 And if you never ‘get anything back’, it’s easy to imagine that insurance companies are making millions of pounds without actually having to do much and are in fact ripping people off.

But insurers play a key role in society by taking on a level of risk which would otherwise prevent businesses and individuals from ever making financial purchases and investments.

Take the key financial tool most people use when they buy a home, the mortgage.

When someone applies for a mortgage, they are usually doing so because they cannot, at that moment in time, afford to come up with the cash to purchase a property outright. So a bank steps in that is willing to lend them the money instead, with the understanding (made legally binding by a contract) that the person borrowing the money pays the loan back over a fixed period of time.

However, the only reason the bank is willing to lend the money in the first place is that a third party, in this case an insurance company, has taken on the risk that if the property is damaged in some way, the insurer will cover the cost of repairing and rebuilding it. In a worst case scenario, the damage could be so bad that a property becomes worthless and the only thing of value left would be the land it stood on.

That’s why when you take out a mortgage you have to prove to the bank you have arranged insurance for it, and you’re legally bound to ensure this remains in place while you have the mortgage with the bank.

Without the guarantee from the insurer, no bank would be willing to lend the money to the purchaser, and the UK housing market would collapse!

Additionally, without insurance, thousands of people each year wouldn’t be able to afford to replace possessions which are lost, stolen or damaged.

Insurers also offer what’s called ‘contents’ insurance. People take out home contents cover as in most cases they know they wouldn’t able to afford it (or at least it would put them in a financially uncomfortable situation), if they had to replace all the items they own.

As with a property’s structure, the cost of replacing all the things within a home can be very costly, usually running into tens of thousands of pounds; the sort of cash most people don’t have. If your home was totally gutted in a fire, or ruined in a flood, this is potentially the sort of costs that without insurance you would have to cover yourself.

Again, without insurance, many people every year would be financially ruined. And, additionally, the money that they could otherwise claim from an insurer wouldn’t then be pumped back into the country’s economy by paying for the replacement of their possessions.

So without insurance society and the economy would be much poorer.  In fact, the provision of insurance is crucial in just about every area of our lives, from travel and entertainment to manufacturing and sport

Essentially, without insurance, a capitalist country (or pretty much any type of economy) would not be able to function properly.

So while it may hurt somewhat to have to pay those annoying premiums, at least you can console yourself with the knowledge you’re actually helping keep the country intact and functioning!

Policy Expert
We help our customers to compare products and find a policy that’s right for them. Customer care is at the heart of everything we do and we have a dedicated customer service team on hand by phone, email, twitter and instant chat. For more information speak to one of our experts on 0203 014 9300 or email ask@policyexpert.co.uk