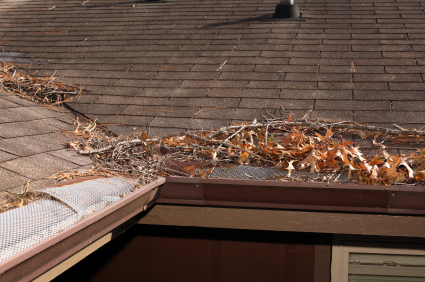 As winter approaches and weather related claims start to rise, AXA is urging customers to carry out home maintenance as six in ten make wrong assumptions about the cover provided against stormy weather.
The insurer reveals that every year it turns away around one in twenty storm damage claims because damage has been caused not by the weather but by a lack of maintenance of the policyholder’s home. Yet research among homeowners reveals that nearly two thirds (59%) would expect their insurer to pay out for any weather-related damage to their home no matter what the state of its repair.

In fact 23% believe that a home insurance policy is there to pick up any sort of structural damage caused by general wear and tear.

Around a quarter of homeowners have had some sort of winter weather related damage caused to their home in the past from flooding, strong winds, or snow causing collapsed roofs and guttering.
However, among homeowners who have lived in their homes for five years or more, 31% have not checked the state of their roofs in more than five years, and 11% have never checked the state of their roofs.

Meanwhile only 41% of homeowners have checked their gutters in the last three years or less and 24% have never cleared gutters.

Many homeowners are well aware of problems with their homes. One in ten say they have a leaky roof, 15% have cracks in walls and 10% have problems with blocked or broken drains. Just over a third (36%) say they haven’t fixed the problem because it is too expensive while 3% actually admitted they were waiting for the problem to get really bad before making an insurance claim for it.
James Barclay, home insurance underwriting manager at AXA says: “Misconceptions about home insurance cover is an industry-wide problem that causes a lot of heartache for consumers and a lot of problems for insurers particularly during the winter weather.

“Consumers need to understand that an insurance policy is there to protect customers’ homes against the unexpected and not cover for general wear and tear. There are some claims that we simply have to turn away as they are caused by obvious neglect and lack of investment in the property rather than the weather.
“While it may seem expensive to get your roof repaired or a crack in the wall fixed, the potential cost of an unpaid insurance claim is a lot higher.”

AXA also points out that it’s not just storm damage that can cause problems through lack of maintenance. Other areas often overlooked by customers and that may lead to a claim being turned down include:

James Barclay concludes: “We would urge all homeowners to invest a bit of time and money in preparing their homes for winter. Hundreds of thousands of people will make claims for storm damage over the coming months – don’t leave yourself vulnerable to being one of those who gets turned away.”

We’re driven by a desire to help you find not only the best value insurance, but the right insurance for your individual needs. For more information on what‘s covered speak to one of our experts on 0203 014 9300 or email ask@policyexpert.co.uk