5 areas where the younger generation are worse than their parents 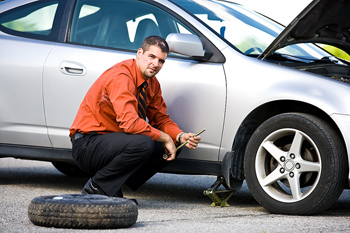 Do you know how to wire a plug, change a tyre or bleed a radiator? If not, you might be part of a growing number of twenty to forty year olds who lack the basic manual skills that older generations have.

Living in the modern age surrounded by the latest gadgets designed to make life easier, many young people have not been forced to grow up learning useful manual skills. As a result, the UK has an entire generation of young people who, if faced with a domestic challenge, will turn to their parents or alternatively fork out an average of £1,700 a year to tradesmen.

A B&Q survey of more than 2,500 people found that one in six under 35 year olds cannot change a plug.

Simple tasks such as hanging wallpaper or turning up the hem on a skirt are alien to many UK natives under 30. Whether it’s a case of ‘can’t fix it, won’t fix it’ is unknown. There is little doubt, however, that modern technology has prevented people from learning some of these essential life skills.

So, how bad is it? How deep have we sunken ourselves into this world of fast food, fast fashion and fast gadgets?

According to research from British Gas, half of Brits under 40 don’t know how to bleed a radiator. The mild winters of the 1980s and 1990s meant they never had to learn, leaving 75% of young adults clueless.

Whilst many may want to try their hands at becoming a DIY master, they could end up with a burst pipe and a call to their home insurance provider. The only life lesson you will learn after a DIY disaster would be to call in a professional to deal with issues beyond your expertise!

Changing a tyre for young people is more likely to involve a mechanic called Jack rather than using an actual jack. What was once a typical task for the average man is now unknown territory in many cases. Is this entirely down to a lack of skills?

New car tyres are often machine-bolted on, making them incredibly secure, yet near impossible to remove with pure muscle.

Make do and mend

Cheap imports encourage a ‘throw away’ culture as many can just order a next day delivery from IKEA rather than spend time fixing a gadget. Why bother sewing up that old sock when Primark offers 3 pairs for £5. Such skills are a dying art, leaving many reaching for their wallet instead of a sewing kit.

The research found that a number of people under the age of 35 would struggle to wire a plug. Yet, nine out of ten over 50s can re-wire a plug. Dodgy home electrics could see homeowners face a serious DIY disaster.

The research found that fewer than half of young adults know how to grow their own vegetables. However, a massive 70% of over 50s know how to manage a patch and make the most out of their food. Grandparents know more about kitchens, gardens and tool sheds than those born since the mid-1970s.

Whilst the economic downturn might have inspired some to buy a few tomato seeds, gardening skills are still lacking. Under these dark times of financial turmoil, growing-your-own can be a real money saver. Then again, Tesco’s might be having a sale…

Customer care is at the heart of everything we do and we have a dedicated customer service team on hand by phone, email, twitter and instant chat. For more information on home insurance from Policy Expert, speak to one of our experts on 0203 014 9300 or email ask@policyexpert.co.uk