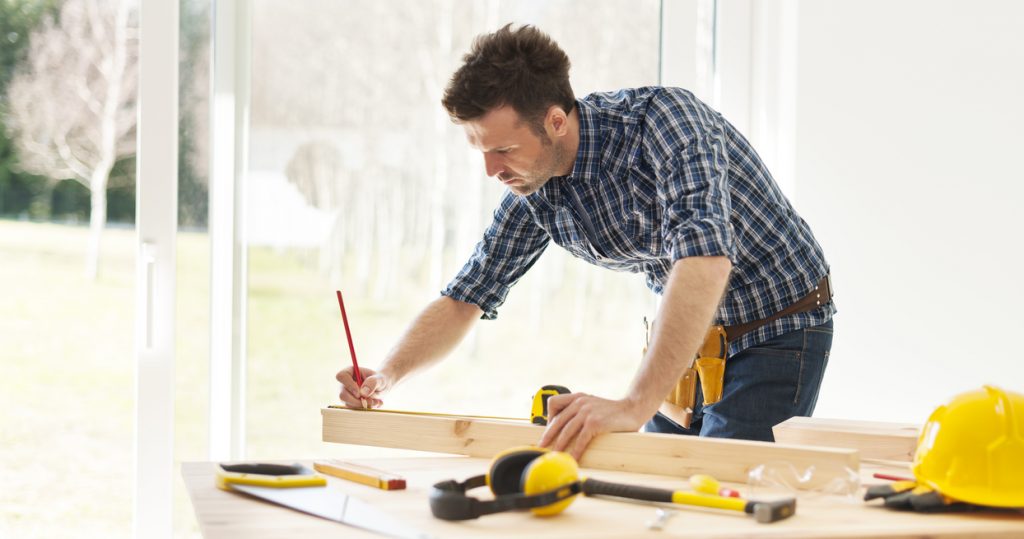 In today’s expensive and unpredictable property market the mantra of many homeowners is ‘Improve, don’t move’, as latest research from insurer Policy Expert shows.

Plenty of householders seem intent on adding value to their homes, rather than spending a fortune on solicitor fees, stamp duty and possibly tens of thousands more ‘trading up’ to a better property.

On average, they expect to add £4,333 by carrying out home improvements.

Over half expect to get stuck in

The numbers who’ll be getting stuck in are quite impressive. Around two-in-five (43%) say they’ll be updating and modernising where they live in the next six months, and another one-in-eight (12%) plan to tart their place up by repairing broken fixtures and fittings.

That’s a total of over one-in-two (55%) who are going to be working on their homes in the coming months, representing 14.9million households. What a boon for DIY stores around the country!

Most of the projects Policy Expert’s research reveals are being planned aren’t major enough to require planning permission.

Only one-in-twenty five say they think they’ll require it, as the most popular types of DIY being undertaken indicates. The vast majority, two-in-three (67%), of householders say they’ll be re-decorating rooms, by painting or wallpapering.

Others are more ambitious, with just under one-in-four (23%) saying they’ll be putting in a new bathroom and one-in-five (20%) adding a new kitchen. New windows always make a home look better, with one-in-eight (12%) replacing theirs.

Adding an outbuilding such as shed is the target for just under one-in-ten (9%) while some (7%) will be putting right structural defects such as leaking roofs or cracked walls. Others will be fixing or updating their heating system and boiler (7%) or doing the same for their electrics (6%).

Major structural work is less common, but a significant minority, one-in-twenty (5%), expect to add a full extension or convert their loft (2%).

Majority say they’ll be having a go

When it comes to actually doing the work, a plucky majority (52%) say they’ll be having a go themselves, but expect to hire someone for any really difficult bits. However, a confident one-in-twenty (20%) feel they’re good enough to do it all without any assistance from a tradesperson.

A significant number (8%) admit to having previously experienced a DIY disaster, but just over one-in-eight (12%) admit to not being covered for accidental damage by their home insurance policy. Another one-in-five say they’re not sure if they actually have accidental damage cover included or not. As DIY disasters, such as a wall collapsing or bathroom leaking everywhere, can cause thousands of pounds worth of damage, they’re leaving themselves open to possible financial calamity.

If your home is your haven, you’ll want it to have the best protection. Compare home insurance quotes from our range of handpicked insurers and tailor a policy to suit you. For more information, you can call our experts on 0330 0600 600 or visit www.policyexpert.co.uk/contact for more ways to reach us.