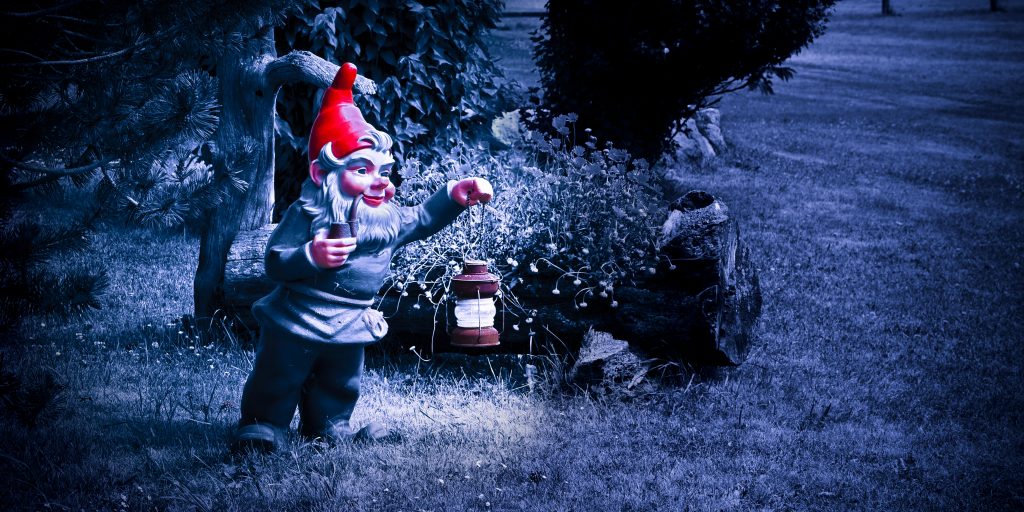 Garden gnomes are much-loved among British gardeners. So much so, in fact, that it was only a few years ago that the famous Chelsea Flower Show lifted its gnome-ban, having previously considered the little figurines too tacky.

With the annual Chelsea show coming up at the end of May, gnomes will feature prominently and latest figures from insurer Policy Expert show just how popular they’ve become.

According to Policy Expert’s research, gnome ownership has reached an average of 5 per household.

There are plenty of cheap garden gnomes about, but with some costing hundreds or even thousands of pounds, it’s wise for consumers to ensure they have the right insurance for gnome ownership as well as home ownership.

Many home insurance policies include cover for possessions kept in gardens, sheds, garages and other outside space (often only if locked away, however). But many don’t, so householders should check with their insurer to make sure if they want their gardens protected too.

Even though theft of a gnome is just like any other theft, only 14% of those surveyed by Policy Expert would report the taking of one to the police.

Almost a third (29%) say they wouldn’t because they think the police wouldn’t take it seriously.

What Brits spend on their gardens

Along with buying gnomes to display in gardens, Brits are spending considerable sums on maintaining their outside spaces.

The average homeowner shells out £277 on their gardens each year, or just over £5 a week. It might not sound much, but it’s about the same as a small home’s electricity bill, and adds up to £8,300 over a 30-year lifetime of gardening.

As you’d expect, the most popular garden items homeowners spend money on are plants (87%), closely followed by garden furniture (83%).

Many people don’t feel their gardens are particularly secure places, however, and the often take security precautions to protect them.

Only 5% feel they don’t need to take any security measures whatsoever.

As an online insurer and broker, Policy Expert help our customers to compare insurance products and find a policy that’s right for them. Customer care is at the heart of everything we do and we have a dedicated customer service team on hand by phone, email, twitter and instant chat. For more information, you can call our experts on 0330 0600 600 or visit www.policyexpert.co.uk/contact for more ways to reach us.

Looking after your home this winter
Read more...