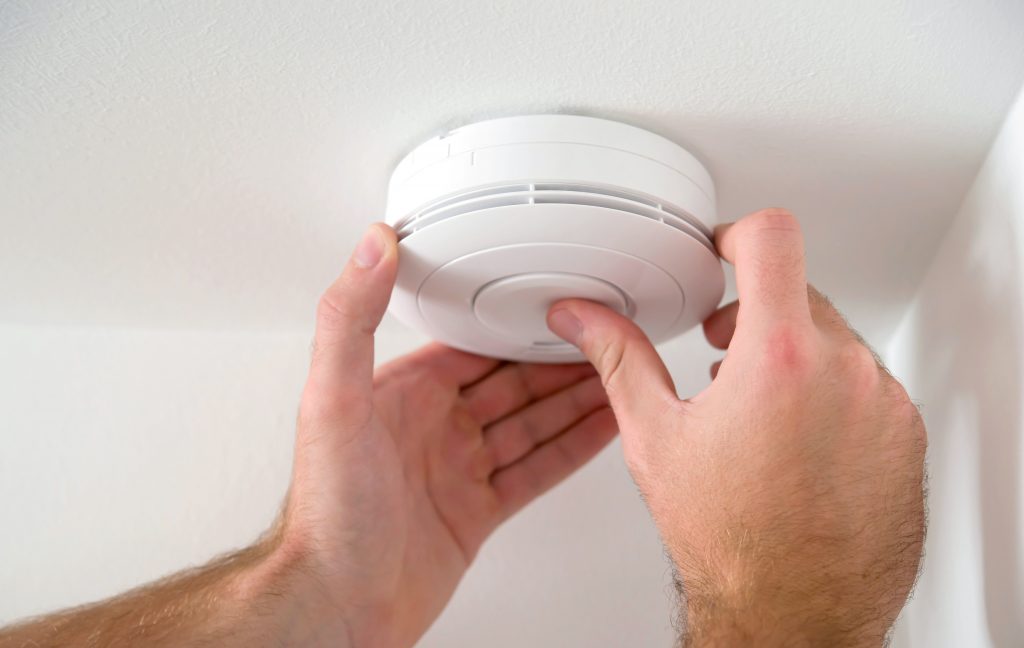 They don’t look that great, and sometimes go off too easily, but smoke alarms can provide a high level of fire protection for you and your family.  But how do they help? What sorts of smoke detectors are there? And where should you put them?

The stats are a bit alarming…

Government fire statistics are a bit scary, but highlight just how common, and dangerous, domestic fires are. They also offer a persuasive argument for fitting smoke alarms!

The most recent figures show that the UK’s Fire Service was called out to attend 182,825 fires over 12 months to March 2019.  And, sadly, there were 253 fire related fatalities.  Not only that, but the UK Fire Service says you’re twice as likely to die in a house fire where no smoke alarm is present.*

Another reason why fitting smoke alarms could be a good idea is that the main causes of domestic blazes are common to just about every household.

Many fires, four-in-ten, involve cooking-related activities, such as chip pans overheating. And nearly one-in-five are started by electrical equipment and wiring malfunctioning. Other causes, including candles and barbecues, are responsible for around a quarter.**

What do smoke alarms do?

Smoke alarms and detectors are self contained, hand sized devices which are usually fitted to the ceiling.  They have built in sensors which detect smoke if a fire breaks out, and alert you with a loud noise and/or flashes of light.  The alarms are designed to distinguish between dangerous levels of smoke and when you’ve simply overdone the roasties. But it’s not unknown for them to sometimes be a little too sensitive!

What type of smoke alarms are available?

The most common on the market have either ‘ionisation’ or ‘optical’ sensors. The science is a little complicated, but basically both detect smoke particles caused by fires, which then sets off the alarm.  Others are purely sensitive to heat, or can be triggered by both smoke and heat.

Which alarm should I choose?

Depending on the type and model, some alarms are more easily triggered than others. Respected brands include First Alert, Kidde, Nest and Ardwolf.  It’s best to seek professional advice for your individual circumstances, but the UK Fire Service recommends:

Where do I fit my smoke alarm?

Smoke alarms are usually placed on ceilings, often inside or just outside kitchens, and at the top of stairs by bedrooms.

How to look after my smoke alarm

It’s best to test alarms at least once a year – usually done by simply pushing a big button for a few seconds. You might need to change the batteries every 12 months.  Also, look out for any dust building up, which you should try to brush or vacuum off.

If you’d like to dig deeper into the world of smoke alarms, the UK Fire Service has an area of its website with lots of good information:

Being the number 1 rated UK home insurance provider on Review Centre*** it goes without saying that our customers come first. If you have any questions or you’d like to learn more about your cover, we’d be delighted to help. There are a number of ways you can get in touch.

***Policy Expert is rated the number 1 home insurance provider in the UK on independent review website – Reviewcentre.com. Based on 28,204 customer reviews and a 96% recommendation rating, January 2020.