Can you be certain you have phone insurance?

Many mobile phone users are unaware that their phone insurance might not cover them as comprehensively as they assume, leading to problems if they try and claim on their cover. 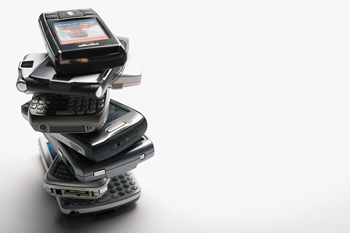 Those are the findings of the phone insurance industry watchdog, the Financial Ombudsman Service, which looks into disputed claims between consumers and insurers.

Police figures show some 300,000 mobiles are stolen each year, and as many smartphones cost hundreds of pounds and have costly apps and libraries of movies and music downloaded onto them, there are serious financial repercussions for those that find they can’t claim for certain incidents on their insurance when they’d thought they could.

How phone insurance is bought and the cost

Phone insurance is often purchased with a phone contract at the point of sail, or paid for alongside home insurance as an ‘add on’, or indeed as a stand-alone policy offered by specialist insurers.

Policies can cost upwards of £150 a year for the greatest level of cover, so it’s a fairly hefty financial commitment to subsequently be caught out on.

The main issues when insurance claims are rejected appear to centre on exclusion clauses in policies concerning loss or damage are:

• Many consumers, for example, don’t seem to be aware that, in most cases, they are expected to take ‘reasonable care’ with their phone, and if the phone has been left ‘negligently’ in a public space, a claim for theft or loss probably won’t be met.

• Also, thefts from buildings and cars which are ‘unattended’ are also commonly not accepted by insurers.

• Additionally, some phone users don’t appear to be aware that they usually have a limited amount of time within which they can report theft, loss or damage. Typically this is 48 hours, and anything beyond this time means a claim will be rejected.

• Other consumers assume that they’re phone is covered by their home insurance wherever they are. This is certainly usually the case when it comes to the phone being in and around the home, but not when it’s taken out and about.

• Fraudulent calls also appear to be an area where there’s confusion. Most policies ordinarily won’t cover the cost of fraudulent calls (which can rack up to thousands of pounds in some cases) while stand-alone policies usually do. But the theft or loss of a phone, which could lead to such calls being made, has to be reported within a certain period of time and a police crime reference number acquired or a claim will be rejected.

Cancel a contract, and cancel any cover too

Consumers often assume that when they cancel their phone contract, any insurance they had taken out with the contract provider will also be cancelled, but this isn’t the case. Any monthly debits for insurance will be continued until you contact the insurer to cancel the cover directly.