What will the kids break this holiday? 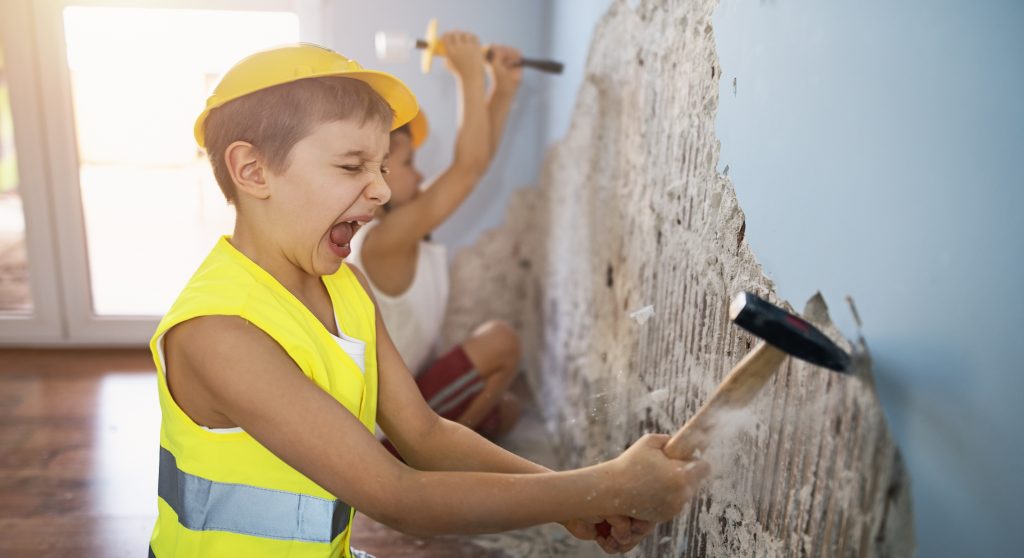 Kids, eh? They do the most ridiculous things, and it can all be very funny; except when their mischief ends up costing you a fortune!

From kicking a football through a stained glass window you might have had lovingly restored, to knocking a bottle of wine over your brand new designer sofa, children can be very expensive.

And you need to beware the holidays; the Easter break is one of the most common times for kids to cause mayhem, research from insurer Policy Expert shows.

Just over half of UK adults say they’ll have children or grandchildren at home this Easter, and Policy Expert’s figures show they should expect trouble.

Quite justifiably it seems, one-in-four (26%) are beset with worry over the damage the children in their care may cause.

Almost one-in-five (18%) have, at some point, had a child do something which ends up costing money. And while the average claim on insurance for something a kid has done is ‘only’ £234, many claims will be for much more.

Televisions or laptops, for example, can easily be ruined by having a child pour sticky drinks on them, and top-of-the-range ones may have cost thousands of pounds.

Over the duration of childhood, the cost of such ‘accidents’ really adds up. Policy Expert’s statistics suggest that the total value of the damage a child causes before their sixteenth birthday is £769.

It tends to be boisterous boys that cause the most trouble, rather than girls, the survey shows.

And kids misbehave more when mum or grandma is in charge rather than dad or grandad; of all incidents, one-in-ten occur under the indulgent eye of the female guardian, compared to one-in-twenty under that of the male.

And it also appears that the fear of what children may do is affecting how people furnish their homes. Over one-in-ten (13%) say they refrain from buying more expensive furniture because of the potential problems kids create.

Is damage by kids covered on insurance?

But while many are worried, almost one-in-five don’t have any accidental damage cover as part of their home insurance. And a fifth of all parents (20%) don’t know whether they have any or not.

Without such cover as part of a home insurance policy, parents won’t be able to claim for the cost of putting right the damage their kids cause.

Pull the other one…

The cost of kids behaviour, accidental or otherwise, might be annoying but it’s almost worth it for the excuses kids come up with (though some may disagree!).

Favourites include the usual “It wasn’t me”, as well as “It was the bogeyman” and “I was playing ninja warrior”.

Here are the most common:

If your home is your haven, you’ll want it to have the best protection. Compare quotes from our range of handpicked insurers and tailor a policy to suit you. For more information, you can call our experts on 0330 0600 600 or visit www.policyexpert.co.uk/contact for more ways to reach us.