Why your engagement or wedding ring might not be insured

If there’s one item that many people own which might have cost them, or their partners, a pretty penny, it’s an engagement or wedding ring. 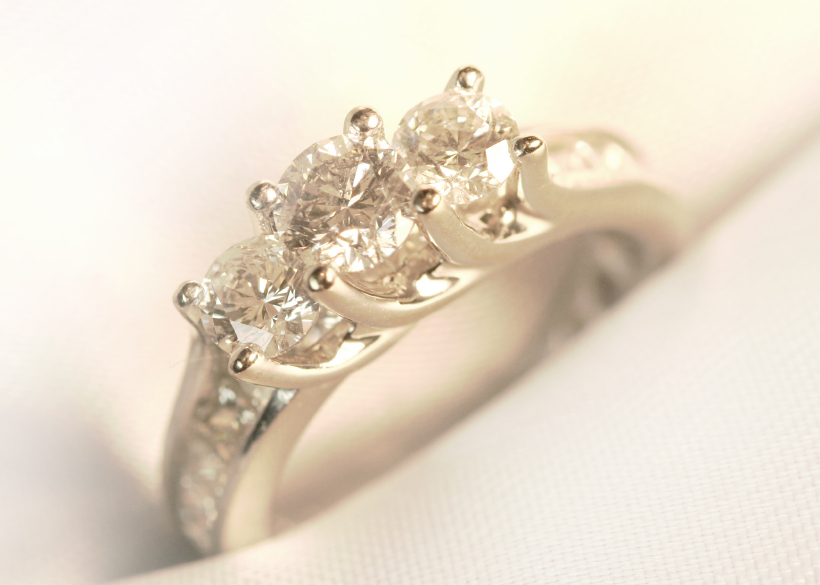 Research from the insurer Sheila’s Wheels suggests that the average marital band costs just over £1,400, with many worth well over £2,000.

And as the same research shows that over 25% of women have either lost or had a ring stolen, it’s somewhat surprising that at least 7 out of 10 men or women don’t consider taking out extra insurance cover when they buy the ring in the first place.

Increasing commodity prices can push up your ring’s worth

You might be thinking that as your ring cost less than the single item claim limit on your home insurance, you don’t need to worry.

However, many rings contain precious metals, such as gold and silver, which have rocketed in price of the last few decades, as well as precious stones which also fluctuate. So you may find that over the years, your ring has increased considerably in value and now exceeds your policy’s claim limits.

Additionally, some of the cheaper policies have specific rules regarding items which are seen as easy to lose and which are particularly attractive to thieves and jewellery, of course, falls into this category. Some policies stipulate that you have to tell the insurer about any such items you own, even if they’re worth less than the claim limits, and may exclude them from cover altogether in a few cases.

Get your engagement ring valued

As a decent ring’s value can increase, you should have it, and other valuables like it, valued regularly (every 2 to 3 years should suffice), and most local jewellers should be happy to oblige. However, if you want a recommendation as to who to approach, your insurer should be able to point you in the right direction.

A valuation certificate can also prove handy in the event of a claim; showing both proof of ownership and a ready-made estimate of the item’s worth.

Apart from valuations, it’s a good idea to take photographs of rings and other jewellery as soon as they come into your possession. Any original documentation from jewellers should also be kept safe.

If a ring is stolen, you’ll need a crime reference number from the police. Without one, your claim won’t be processed. And don’t leave it too long after the incident to report it, as this could seriously count against any claim you make.

Is your ring covered outside your home?

Most standard policies don’t include cover for your possessions when you’re away from where you live (and many will only cover rings inside the home and not in the garden or any outbuildings such as greenhouses or garages).

If you want to ensure you have ‘away from home’ cover, as it’s generally referred to, you’ll usually need to buy this as an add-on to your policy for a small charge.

It can be all too easy to take off engagement rings and other jewellery, if you’re in the habit of doing so, and leave them in an easily accessible place (often simply plonked in a box on top of a dresser).

It’s good practice to keep such items locked away somewhere safe, or at least where they’re not so easily found; if you were to have a thief come through an open window one summer and swipe it while you’re in the garden, for example, you might not be able to claim for the theft at all. Windows which are left open could be viewed by an insurer as your own fault, and a claim rejected, so you’d not get back a penny of your ring’s value.

To double check if your engagement or wedding ring has the sort of cover you’d like it to have, simply get in touch with your insurer or insurance broker. They’ll discuss whether the ring is insured in the way you’d like it to be; ask them about such factors as away from home and accidental damage cover, and if the policy includes cover for when you’re in the garden or outbuildings. Also discuss the value of the ring with them and the claim limits on your policy which cover it.

It may be that your current policy simply doesn’t provide the necessary claim levels and scope of cover that you’d like.

Most insurers should be able to provide extra cover for specified items at a small extra cost, depending on the value of the ring.

However, if it’s a particularly valuable and/or delicate piece of jewellery, it might require totally separate, specialist cover. Again, your insurer should be able to provide you with the information you need to make a decision.

If you value your rings, both emotionally and financially, checking whether they’re covered by your home insurance is something you should do as soon as possible.

We have a real passion for making sure people get the cover that’s right for them. We’re driven by a desire to help you find not only the best value insurance, but the right insurance for your individual needs. For more information speak to one of our experts on 0203 014 9300 or email ask@policyexpert.co.uk